Château Figeac is a wine estate in the Saint-Émilion appellation of Bordeaux. It is the largest estate in Saint-Émilion, with 40 hectares (99 acres) of vineyards. Due to its soil, which is dominated by gravel, it is planted in grape varieties Cabernet Sauvignon (35%), Cabernet Franc (35%), and Merlot (30%). Most other Saint-Émilion wines are dominated by Merlot, and Figeac therefore bears a certain semblance to the wines of Médoc and Graves despite being situated on Bordeaux's right bank. The wine, which is one of the most famous of Saint-Émilion, is aged in 100% new oak barrels.

Château Figeac wine carries the rank of Premier Grand Cru Classé (Class B) in the official Classification of Saint-Émilion wine.

Château Figeac originates from an ancient estate that traces its roots back to the 2nd century, when a Gallo-Roman villa was built on the estate and named after a Figeacus. In the late 18th century, the property was close to 200 hectares (490 acres) in size, but was sold and subdivided several times in the 19th century until 1892, when Henri de Chevremont bought it. Henriette, the daughter of de Chevremont, married André Villepigue and became the owner of Figeac. The estate was managed by Alfred Maquin, as the Villepigues lived in Paris. In 1905, their son Robert Villepigue took over the running of the estate. After Henriette's death in 1942, it was unclear if Robert Villepigue or his sister Ada Elizabeth (who had married Antoine Manoncourt) would inherit the estate, but in 1946 it passed to Ada Elizabeth Manoncourt.

In January 1947, Thierry Manoncourt (son of Antoine and Ada Elizabeth Manoncourt) took over the running of Château Figeac, and it was under his leadership that the estate rose to the front ranks of Saint-Émilion estates. He continued to run or be actively involved with the estate until his death in 2010, although his son-in-law Comte Eric d'Aramon took over the daily running of the estate in the 1980s. 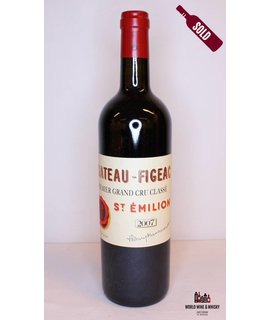