Pétrus is a Bordeaux, France, wine estate located in the Pomerol appellation near its eastern border to Saint-Émilion. A small estate of just 11.4 hectares (28 acres), it produces a red wine entirely from Merlot grapes since the end of 2010 and produces no second wine. The estate belongs to Jean-François Moueix and his children.

Although the wines of Pomerol have never been classified, Pétrus is widely regarded as the outstanding wine of the appellation. Pétrus leads a duo of Pomerol estates in extreme prices, along with Le Pin, that rank consistently among the world's most expensive wines.

Originally a 7-hectare (17-acre) vineyard, the estate was owned by the Arnaud family since the end of the 18th century and the name first appears in records from 1837. In the 1868 edition of Cocks & Féret, under listing Crus bourgeois et 1ers artisans Château Pétrus was ranked behind Vieux Château Certan and alongside Château Trotanoy. Some vintages of this period were labelled Petrus-Arnaud. At the Paris Exposition Universelle of 1878, Pétrus won a gold medal, at a time when such an event had very significant results, establishing a selling price at the level of a Médoc second growth, the first wine of Pomerol to do so.

In 1917, the Arnaud family had to sell and La Société Civile du Château Pétrus, a share-holding company was set up. Around 1925, the owner of the Hôtel Loubat in Libourne, the widow Mme. Edmond Loubat, began to buy shares in the estate and continued the acquisition progressively until 1940, when she became the sole owner of the domaine.

According to David Peppercorn, "the great age of Pétrus" began with the end of World War II and the successful 1945 vintage. Jean-Pierre Moueix of the Libourne négociant house Établissements Jean-Pierre Moueix acquired exclusive selling rights of Pétrus in that year and the international reputation of Pétrus began to grow. Loubat, who also owned Château Latour à Pomerol, remained an active vigneronne throughout her life, known for her meticulous dedication to detail and quality, and strong determination that her wine deserved to be priced equal to the great crus.

In the following years the efficient partnership with Moueix became prosperous. Pétrus was introduced to the United States, In 1947 Mme. Loubat presented two magnums of 1938 Pétrus to the Lord Mayor of London, who had come to Pomerol for a visit, for the wedding of Princess Elizabeth.

After the 1956 winter frost that devastated the grapevines of the Bordeaux region and killed two-thirds of the Pétrus vineyard, Mme. Loubat decided not to replant but to coppice (cut back severely) the vines on surviving rootstocks; this process of recépage had been previously untried in the region; her success ensured that the vines' average age remained high and established a tradition that has since been followed.

Pétrus' fame in the U.S. grew in the 1960s, with the promotion by Henri Soulé, owner of the restaurant Le Pavillon in New York. According to Alexis Lichine, "Pétrus was served at Le Pavillon in the days when Onassis sat at a corner table. After that, Château Pétrus became a status symbol, the sort of name dropped by people who wish to imply not only that they know wine but that they are in wine".

On the death of Mme. Loubat in 1961, the estate was divided between a niece and nephew, Mme. Lily Lacoste-Loubat and M. Lignac, and a share was left to JP Moueix to break any deadlock between them and to ensure Moueix' continued influence. For a period the estate was represented by the niece, but in 1964, JP Moueix bought the Lignac shares, and the oenologist Jean-Claude Berrouet became permanently attached to Pétrus. Prior to this, Émile Peynaud had been employed as a part-time consultant. In 1969, 5 hectares (12 acres) of vineyard were added to the estate, purchased from neighbouring Château Gazin.

Following the death of Jean-Pierre Moueix in 2003, his son Jean-François Moueix, head of Groupe Duclot, is the owner of Pétrus; he and his children have controlled distribution worldwide via Clés Distribution since 2014. When Jean-Claude Berrouet retired as technical director after 45 vintages in 2008 he was replaced by his son Olivier Berrouet, who now manages the vineyard and the wine making. 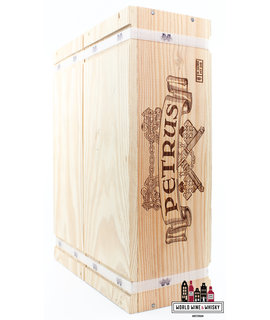 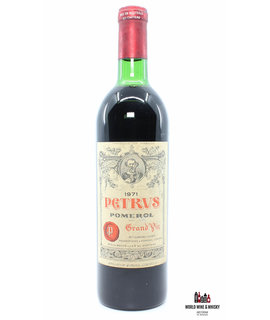 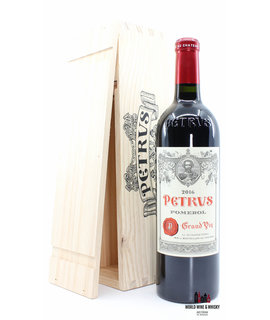 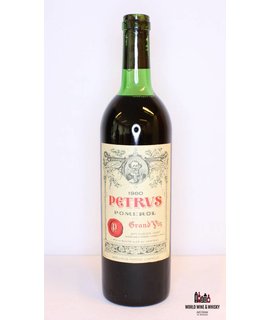 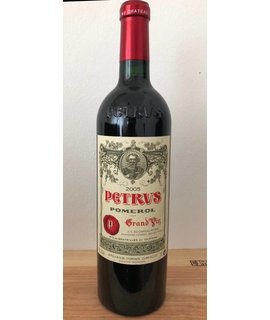 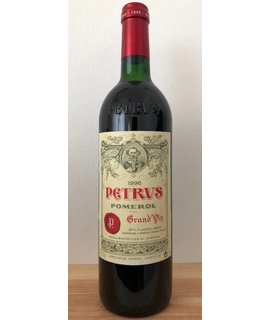 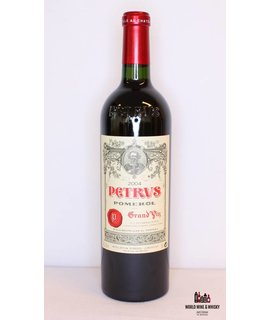 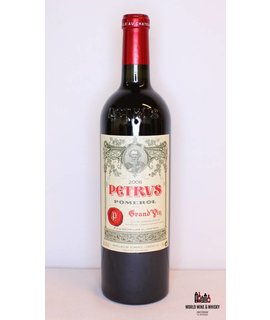