Vieux Château Certan is a Bordeaux wine from the appellation Pomerol. The winery is located on the Right Bank of the Bordeaux wine region, in the commune of Pomerol in the department Gironde. As all wine produced in this appellation, Vieux Château Certan is unclassified, but the estate is long recognised as among the great growths of the region, and by some reckoned comparable to neighbouring estate Château Pétrus. 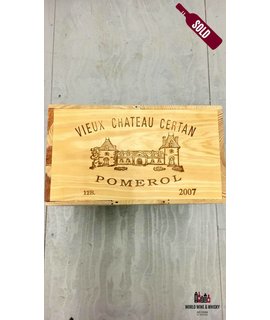