For producing the blends available as of 2010, more than 30 whiskies were used in the mix, including some that were aged more than 30 years and some that were aged in old umeshu casks. A bamboo charcoal filtering step has also been used. The company said the process "Gives it a very sweet and gentle flavor". In 2015, it was reported that at least 10 malt and grain whiskies were used from three distilleries (Yamazaki, Hakushu, and Chita), aged in five different cask types, with some elements aged up to approximately 20 years or longer.

Hibiki is a highly awarded blended whisky brand produced by the House of Suntory of Japan. Hibiki whisky is known for both its quality and its distinctive fluted bottle; the 24 facets represent the 24 seasons in a Japanese year.
A large number of malt and grain whiskies from across the Suntory whisky portfolio contribute towards the blends. Across the range the style can broadly be described as fruity and spicy. 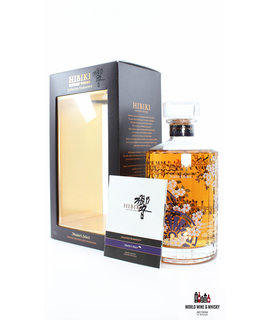 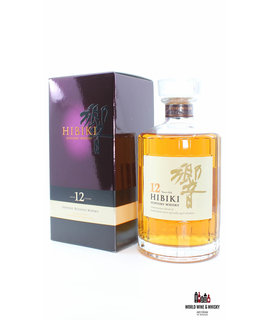 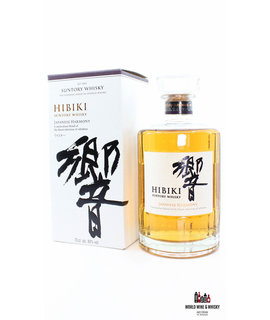 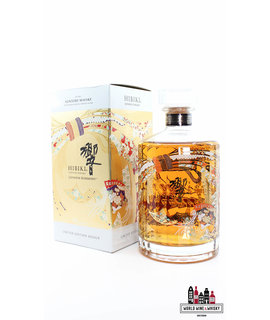