The Rosebank distillery was situated in Camelon on the banks of the Forth and Clyde canal between Edinburgh and Glasgow. Its name originated after the roses which grew along the side of the canal.

Records exists, showing that a distillery existed in Falkirk as early as 1798, it was run by the Stark brothers in Laurieston. In 1817, James Robertson opened a distillery nearby named Rosebank - records are unclear as to whether this was in the same location as the later distillery. It remained open only until 1819. In 1827 John Stark (of the brothers) opened Camelon distillery on the west bank of the canal, he ran this until his death in 1836. After this time the Camelon distillery was run by Thomas Gunn and his father. In 1840 the Gunn's were approached by James Rankine to either buy or lease the Camelon distillery Maltings (on the east bank of the canal) where he set up a new distillery under the Rosebank name. The new Rosebank quickly grew, requiring expansion in 1845 and rebuilding in 1864. Indeed in 1861 when Camelon Distillery went bankrupt, Rankine was able to purchase it as well and demolish it, leaving only the maltings for the use of Rosebank. Rosebank Distillery Ltd was formed in 1894, and in 1914 it was among the companies that amalgamated to form the Scottish Malt Distillers. Later the group became part of DCL.

In 1886, the distillery was visited by Alfred Barnard, who noted that it was set across two sites one on each side of the canal with a swing bridge linking the pair. The malt was produced in the former Camelon maltings on the west side of the canal, then would be transferred over to the distillery on the east side by means of the swing bridge. He also noted that their warehouse at the time had storage for 500,000 gallons (1,892,705.9 litres)

Rosebank was once considered one of the premier lowland whiskies but then United Distillers mothballed the distillery in 1993. The reason given for the mothballing was that its effluent treatment would have required a £2m upgrade in order to comply with European standards of the time, this did not make it commercially viable. At the time of its closure, it still retained many historical features in the production of the whisky.

By 1988, the bonded warehouse for the distillery (on the west bank of the canal) had been sold off and redeveloped, partially becoming a Beefeater Pub and Grill.

In October 2017, Ian Macleod Distillers announced that they had acquired the Rosebank Whisky trademark from Diageo and the site from Scottish Canals in order to re-establish Rosebank Whisky by building a new distillery and re-commencing production in the old style. 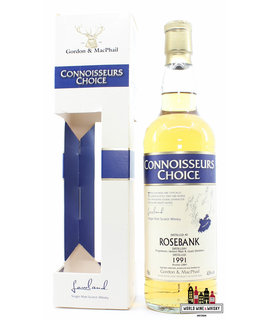 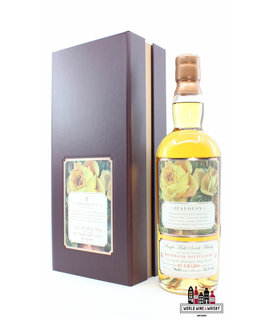 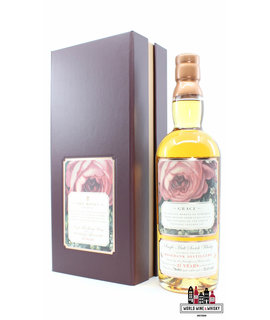 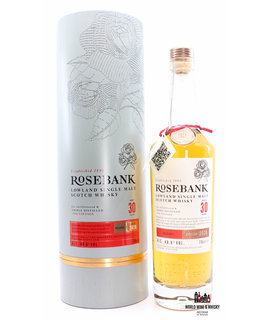 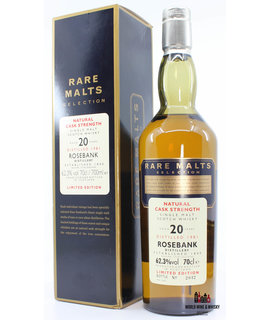 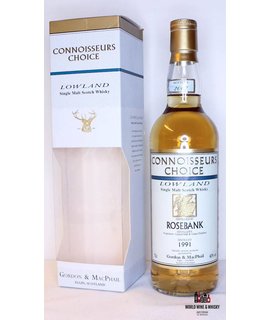 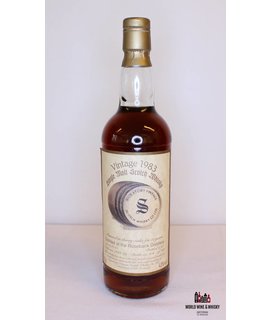