The Glenglassaugh Distillery is a single malt Scotch whisky distillery located in a picturesque site just outside the Speyside region in Northeast Scotland, close to the small town of Portsoy, Banffshire some 54 miles Northwest of Aberdeen. The Distillery was established in 1875 by a local entrepreneur James Moir and his two nephews, Alexander and William Morrison. James Moir had an expanding grocery business in the town of Portsoy and was wanting to establish a distillery that would produce a whisky of the highest quality to satisfy the growing demand from his customers. The site was originally chosen due to its proximity to a clean and pure water supply of the highest quality (Glassaugh Springs), easy access to the nearby barley fields and because it was known locally to have been the site of one of the many illicit distilleries that had operated in the area and which had produced excellent whisky. Following the death of both James Moir and William Morrison, Alexander Morrison was forced to sell the distillery and in 1892 the company was sold to Highland Distillers and until 2008 has been owned by them. Highland Distillers are a subsidiary of The Edrington Group. 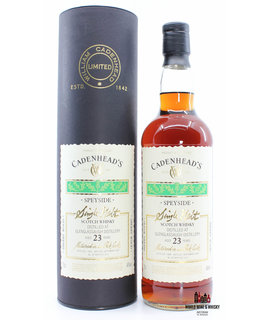